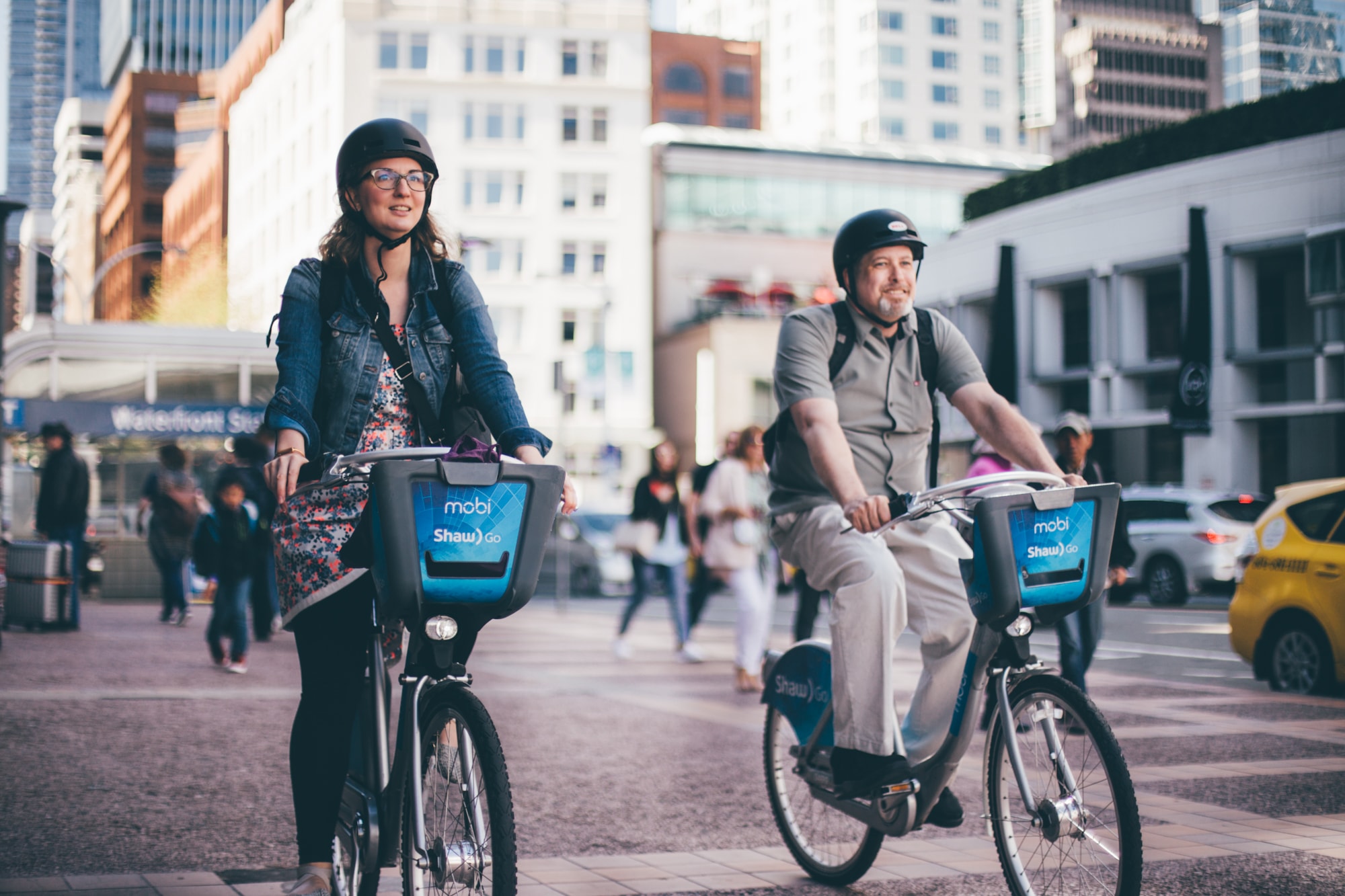 This summer, TransLink is putting on it's largest public engagement project to date - Transport 2050.  As part of the project, TransLink will be hosting a Transport 2050 exhibition at the PNE Fair. This exhibit will explore the past, present, and future of regional public transportation, and ask the public for feeback on what they would like to see in the next 30 years. Mobi by Shaw Go is thrilled to be part of the exhibition and we are very excited to play a role in the future of transportation!

Transport 2050 will take place PNE Fair from August 17th to September 3rd. We hope to see you there!

In advance of the exhibition, TransLink has asked us share our vision for the future of transportation.

Imagining the future requires first looking to the past and contemplating the evolution in transportation cycles (pun intended). In the late 19th century bicycles were the primary form of transportation in most North American cities, before cars became the dominant mode.

The first bicycle sharing program launched in Amsterdam in 1965 to counter pollution. When the first shared bikes were released on the city streets for anyone to use many of them were stolen or damaged, and the program was quickly shut down and considered a failure. It would take another 50 years before technology allowed public bike share to become more widespread. Now, there are an estimated 1,000,000 shared bicycles around the world.

Vancouver got a late start to the bike sharing world. This late start, however, meant Vancouver could benefit from the best practices that had been widely adopted around the world.

The growth of bike sharing in our region will be enabled by electric bicycles. Early usage data from public bike shares have shown that electric bicycles are desirable and have been adopted by a large share of the population base.

In the years to come, public bike sharing will expand beyond the City of Vancouver, first at major transit hubs and in city centres, then expanding outwards. Public bike sharing will increasingly be part of a vital mix of a multi modal journey, by providing quick, convenient and easy access to transit hubs and centers by filling the first and last mile gaps that often make public transit less desirable.

Public bike sharing can also be seamlessly integrated with public transportation. Imagine a journey where one pass can enable you to take transit and an electric shared bike on the same fare. Outside of integration with transit, bike sharing will also continue to be used for short one-way trips – and with the adoption of electric shared bicycles, longer trips can be accommodated.

As new technologies are adopted, bike sharing will be more inclusive to a wider range of people and uses: adaptive bikes for people with mobility challenges, and shared cargo e-bikes for families, children, and cargo.

The adoption of public bike sharing is still in its infancy in the Vancouver region, and it will surely expand across the region – and be better integrated with public transit – in the years to come.

The future is already in our past. Bicycles make cities better. Yesterday, now and tomorrow.

This article was originally posted on The Buzzer Blog on August 8, 2019.