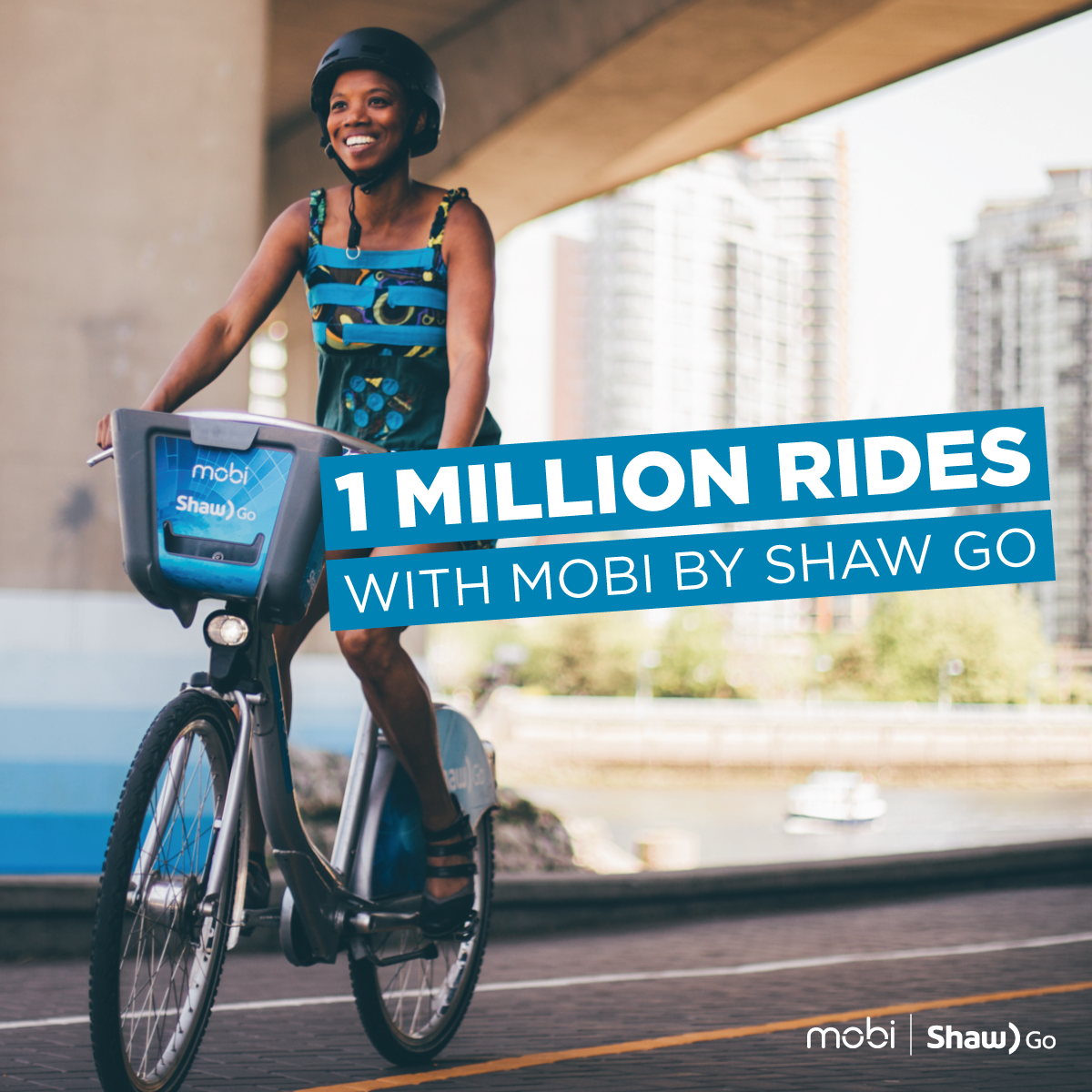 Vancouver’s public bike share system is marking two years of helping residents and visitors get around Vancouver with over one million rides.

Over one million rides in two years

Launched two years ago on July 20, 2016 by the City of Vancouver and Vancouver Bike Share Inc., the system has been eagerly adopted by Vancouver residents.

In its inaugural year, Mobi by Shaw Go saw exceptional uptake with over 35,000 users by fall 2017. Today, Mobi by Shaw Go boasts 154 stations, over 1,500 bikes, and over 1 million rides covering over three million kilometres – making a big contribution towards encouraging more people to cycle.

“Mobi by Shaw Go is a tremendous success and has quickly become a valuable part of Vancouver’s active transportation network, with over 400,000 rides covering a million kilometres in its first year alone,” said Mayor Gregor Robertson. “Over half of trips in Vancouver are made by walking, cycling and transit – Mobi has made short trips between transit stops more convenient and with the recent initial expansion to Commercial Drive, connecting to Vancouver’s active transportation network is easier than ever before!”
Great ways to use bike share


Mobi by Shaw Go continues to expand and grow – July is on track to be the busiest month to date with over 3,300 rides per day on average and July 11, 2018 has proven one of the busiest days with almost 4,000 rides.

“It has been so exciting to see the growth of Mobi by Shaw Go in two short years. Hitting these major milestones of 154 stations, 1,500 bikes, and over 1,000,000 rides is a major accomplishment for our hard-working local team. And with more expansion coming this summer, this incredible ride will continue to roll. We want to thank our members and our partners for helping us to make bike sharing in Vancouver the success it has come to be” says Mia Kohout, General Manager of Vancouver Bike Share Inc. “Happy 2nd Birthday Mobi by Shaw Go!”

Mobi by the numbers
A timeline of Public Bike Share in Vancouver
Find a map with live stations including number of bikes and open docks available at each station, plus more details on pricing, on the Mobi website.

Source: City of Vancouver: https://vancouver.ca/news-calendar/celebrating-two-years-of-public-bike-share-in-vancouver.aspx Date: July 20, 2018
Back to the list Next Previous