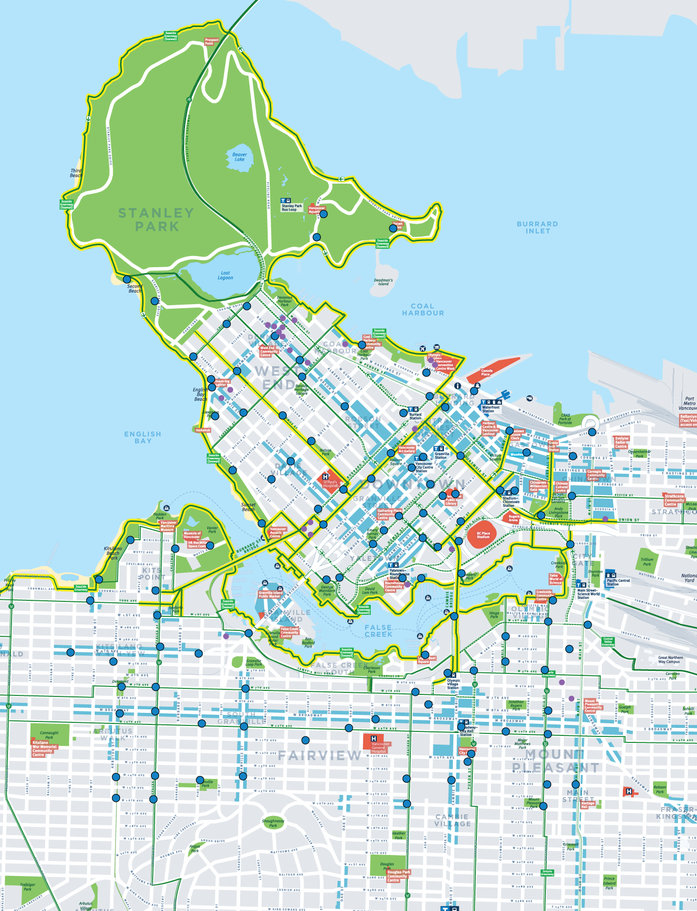 Biking in Vancouver's Metro Core has never been more enjoyable thanks to all of the bike lanes and safe cycling infrastructure that the City of Vancouver has built over the past few years.

A newcomer to biking might not immediately know where all of the bike lanes are, so we want to help ease your commute by highlighting the different types of infrastructure there are in the City.

Protected Bike Lanes & Off-Street Paths: These lanes are protected from motor vehicles by a physical barrier. Some off-street paths located in parks may not be paved.

Local street bikeway: People cycling share the roadway with motor vehicles on relatively quiet neighbourhood streets, with bike push buttons for crossing major arterial streets. These local street bikeways have reduced traffic which must drive a maximum of 30kph and therefore these streets are safer to ride on than those not labeled as neighbourhood greenways.

Shared bike lane: A relatively busy street with painted markings that indicate where people cycling should position themselves. You will find the above sign along the pavement.

Original map taken from http://vancouver.ca/streets-transportation/cycling-routes-maps-and-trip-planner.aspx.  Map illustrated above includes first 100 Mobi by Shaw Go stations.
Back to the list Next Previous